Looking for something? Type your question or keyword below. 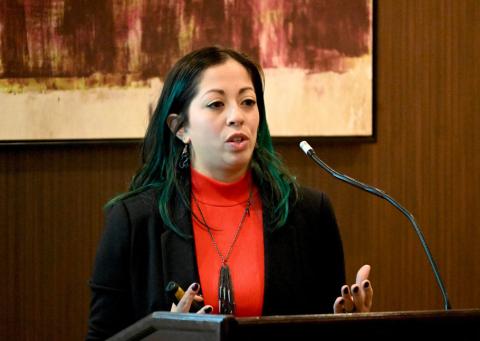 Unitil Corporation, (Unitil.com), a provider of natural gas and electricity to customers in New England, recently hosted a series of meetings with first responders and other officials to outline its gas emergency preparedness and response procedures as the company strengthens partnerships within the communities it serves.

The meetings, held annually in Unitil’s natural gas service territories in Massachusetts, Maine and New Hampshire, were attended by representatives from local police and fire departments, emergency management, and public works, along with municipal, regulatory and elected officials.

The goal of the meetings was to create a better understanding of how communities and utilities work together and respond to emergencies while ensuring public safety. The meetings were also an opportunity for Unitil to hear directly from stakeholders on ways to improve its coordinated efforts and communication when a gas emergency occurs.

“Bringing our municipal partners together to explain how we prepare for and respond to an emergency and gathering their feedback is one way to ensure that proper protocols are in place in the event of an emergency. It’s extremely important to engage our stakeholders since they play such a critical role in maintaining safety in the field,” said Unitil Media Relations Manager Alec O’Meara.

The company’s new comprehensive virtual reality training program for utility gas employees was among the new initiatives presented at the meetings. The technology allows workers to immerse themselves in a 3D world to experience a variety of virtual scenarios designed to prepare them for responses to emergency gas leaks and other potentially dangerous real-life situations.

Attendees also had a chance to tour Unitil’s new mobile command unit, which was brought to the meetings in Portland, Maine, and Portsmouth, N.H. The unit was put into service earlier this year and will play a vital role in supporting future responses to emergencies.

Dover Fire Chief Michael McShane, who was among the dozens in attendance at the Portsmouth meeting, said it was important for emergency personnel to better understand the roles that different employees at Unitil play during a gas emergency and how the company and members of his department can work more effectively together.

“Unitil has always been great to work with and very responsive. We want to maintain that relationship. This goes a long way as we’re often put in a situation where we have to figure things out on the fly because that’s the nature of it. This is such a specialty field and it’s nice to have Unitil’s caliber of expertise on scene,” McShane said.

Above: Jacklyn Ulban, manager of Business Resiliency & Compliance at Unitil, speaks during a recent gas emergency preparedness meeting held in Portsmouth, N.H., with first responders and other officials.

Teaser Image: Police, fire, public works and other municipal and regulatory officials were among those who attended a recent gas emergency preparedness meeting held in Portsmouth, N.H.

Unitil Corporation provides energy for life by safely and reliably delivering natural gas and electricity in New England. We are committed to the communities we serve and to developing people, business practices, and technologies that lead to the delivery of dependable, more efficient energy. Unitil Corporation is a public utility holding company with operations in Maine, New Hampshire and Massachusetts. Together, Unitil's operating utilities serve approximately 107,100 electric customers and 85,600 natural gas customers.